PORTO DEL COLOMBO Boutique hotel is a traditional A class hotel. Housed in an imposing, tall, 650 year old building, has gathered a rich history over the centuries. During the Ottoman days, inhabited by senior members of the Turkish military who made many changes in the architecture of the building – still retained the metal rings nailed to the walls. In the early 19th century, the building was used as a French embassy and later inhabited by the great Greek politician Eleftherios Venizelos, who used it as a political office until moving to Athens when he took power as prime minister of Greece.
The operation began in 1982, since then there have been many improvement  renovations .The last renovation –according to the instructions of the competent archaeological service; completed in 2013 .Important sample of the Venetian architecture is the breakfast room on the ground floor, with the huge arches and the very high ceilings.
The hotel  has 10 rooms including two maisonettes with all modern conveniences, decorated with particularly beautiful hand-made furniture.

Porto Del Colombo is open all year round.

We offer our guests exclusive privileges, special treatments and unrivaled personalized services to ensure that they enjoy the most benefits to both the accommodation and the magical island of Crete. 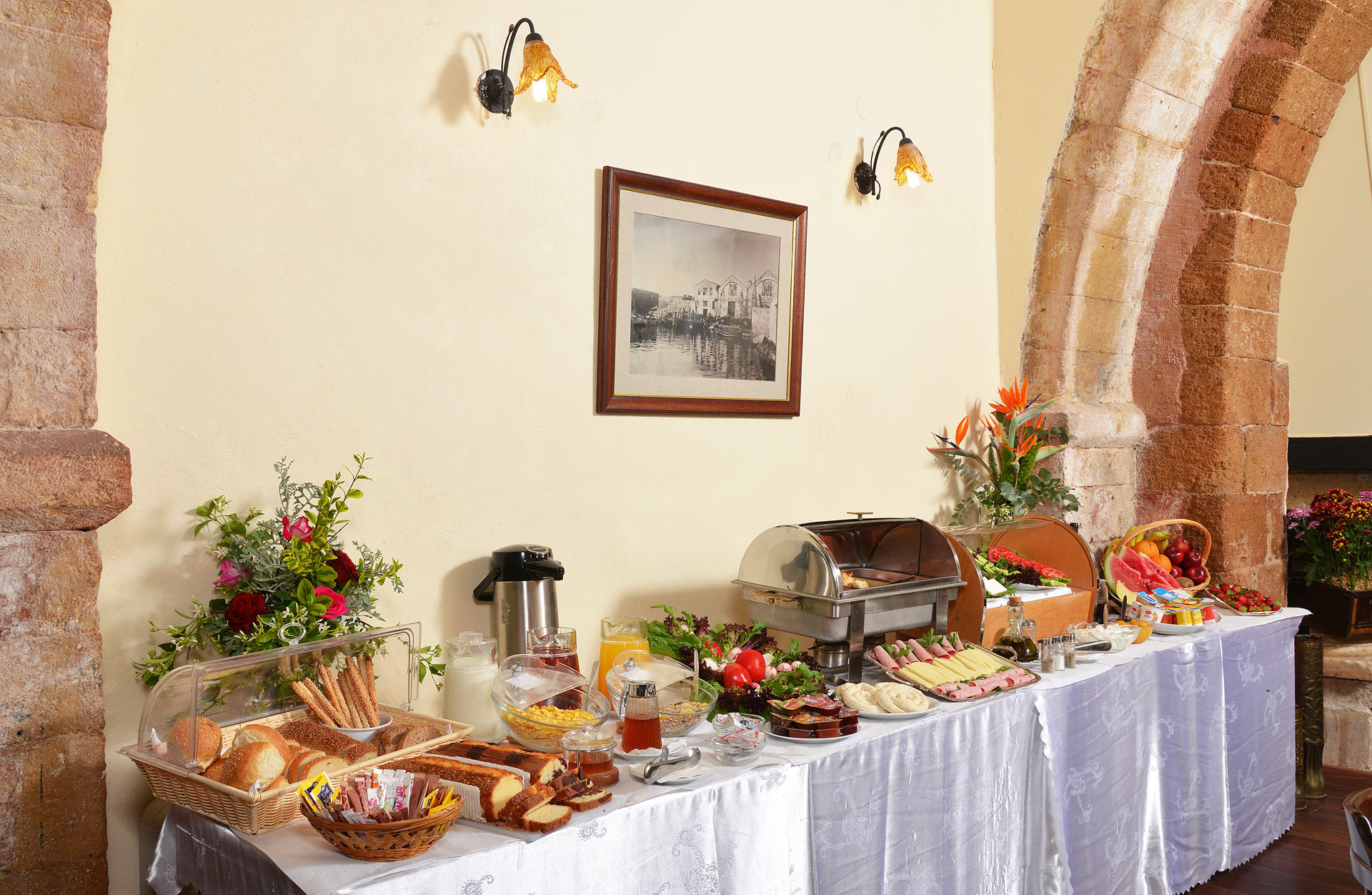 For Accommodation of 7 Days or more:

In case of cancellation fee, since your reservation has been made through our website, we provide you a Cancellation voucher with the amount being charged, which can be used within one year period for a new reservation either from you or a person concerned.

“The operation began in 1982, since then there have been many renovations improvement .The last renovation –according to the instructions of the competent archaeological service; completed in 2013”

Fully renovated Venetian building, located on the western side of the Old Town of Chania only a few metres from the pier of the Old Port.